The Attitude of Executives in Times of Significant Change 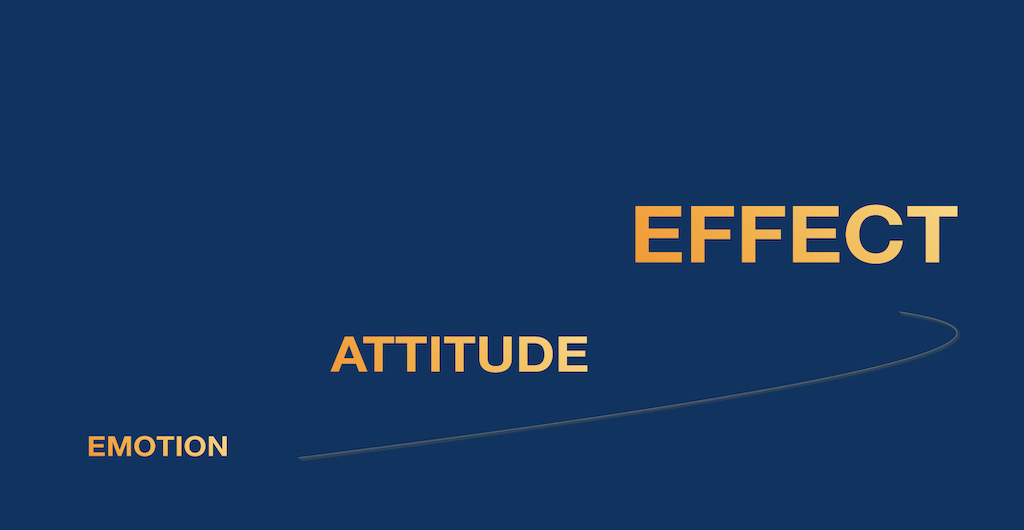 The Attitude of Executives in Times of Significant Change
24.10.20

How to control emotion, attitude and effect.

In times of significant change we sometimes recognize strong feelings. Fear, rage or grief are basic emotions which exist in lots of variations and on different levels of intensity. Emotions like mistrust, defenselessness, anger or hostility towards heavy changes are only some of the varieties we daily witness. In social media, on the train platform or in the office.

But can executives allow them such emotional control?

In particular during strong change processes, we sense, what neurobiological research has proved. Our feelings are much faster than our brains. Before the effects of change actually reach us, even before we are able to figure them out and put them into words, emotional excitement is already there. In evolutionary terms this makes sense, because our survival instinct is based on reflexes for example to be prepared for danger.

Emotional connection to a situation is the basis for our attitude. And it has an effect!

In fact the emotional connection to a situation shapes our inner attitude. Nobody can defend against an emotional impulse. But instead of suppressing, conscious awareness it key to the freedom of action.

Executives who know the mechanism of emotion, attitude and effect have free options!

Ideally, we want change processes to have a positive impact, to provide improvement to situations or circumstances. According to our personal value system we want that nothing is “worse” than before. Most of the time, the emotional connection to it is some form of fear. Fear of deterioration and loss can be the mainspring of a resistant attitude. But resistance to change will have a certain effect. For example it can largely suppress creativity and encourage disaffection among employees.

Executives are not safe from skepticism, insecurity of fear in times of significant change.

If, however, it is possible to consciously perceive these emotions and use them for an attitude of vigilant curiosity, this can have an effect of awakening the creative spirit of innovation. Opportunities and possibilities get scanned and the is is curious opened to new perspectives. This raises mood. Where the view is laid on future perspectives, displeasure rarely has a chance.

From the fearful to the brave attitude

In times of significant change, also feelings might arise that lead to a kind of withdrawal. A strong feeling of distrust might lead to a passive attitude or to looking away, even to negation. This attitude can cause managers to be perceived as “passively resistant”, or as too hesitant, even incapable. The effect will hardly be a motivating or energizing one. Consciously perseiving the emotional connection of fear and moreover admitting it, clears the way for an attitude of “arming”. A courageous attitude releases an energy to be vigilant, prepared, have informations gathered and analyzed carefully or to strengthen oneself and others. The effect is completely different, since the perception is now the one of a responsible, forward-looking, well-prepared executive. This in turn has an impact on trust, motivation and confidence.

From rejection to fascination

Facing change with the emotional connection of inner rejection can create a rigid, blocking posture. We might be seen as a break in a flow of movement and this an obstacle to dynamics. This attitude can also be based on a feeling of overwhelm or a need for simplicity. Once consciously perceived, unknown types of relief lurk! Who would have thought, for example, how quickly employees and managers can switch to video conferences, even those who previously have declined such digital support and now benefit from less travel and home office? An attitude of fascination for modern relief, for future-oriented simplification causes a far more positive mood and releases unexpected energy.

If you as an executive would like to learn more about how you can achieve the desired effect with attitude, please contact us here for a free initial consultation.